Ashwagandha (Withania somnifera) of the Solanaceae family is said to be a most potential herb for general toning of the body and improving immunity. Ashwagandha in Sanskrit means 'horse smell', probably due to the odour of its root, which gives out the smell of that of a sweaty horse. Its useful parts are seeds, roots and the leaves. This small perennial plant is a native to India, Pakistan, Srilanka and Bangladesh.

The herb is bitter in taste, germicidal, aphrodisiac and diuretic. It is one of the well known valuable herbs reputed to cure cough, fever, ulcers, dropsy, impotency, insomnia, rheumatism, leukoderma and toxicosis. It is also known to increase physical endurance and improve nerve function. It is also known to regenerate the hormonal system and promote healing of tissues. Also, Ashwagandha is known inhibit the aging process and is prescribed in all general debilities. 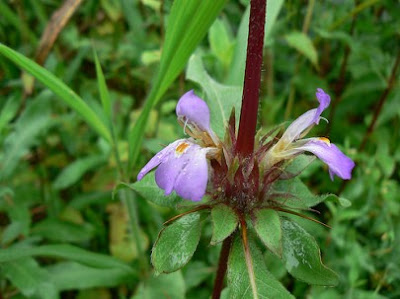 The extract obtained from the herb is used in the preparation of chavanaprash, herbal tea, tablets and syrups. Dried roots of the plant are used as a tonic for cold and cough, hiccup, ulcers, female disorders as well as a sedative. The leaves of Ashwagandha are used to treat inflammation and swellings. Clinical research supports the use of Ashwagandha for anxiety, cognitive, inflammation & Parkinson's disease. Experimental studies have also proposed its anti-tumorigenic and anti-inflammatory role in rodents and other mammalian systems.

The herb is characterized by the presence of alkaloids and with anoloids which impart its pharmacological and therapeutic properties. Ashwagandha roots are reported to contain more than 30 steroidal lactones and about 20 alkaloids. Many of the chemical constituents have been investigated for different biological activities. All experimental studies and clinical trials clearly show why Ayurveda has such a high opinion of Ashwagandha as a health booster.