As a Guest Post (with permission), a bunch of us crunchy mama bloggers are co-hosting and reposting Leslie Erin, aka Crunchy Betty's retort (to Kathie Lee and Hoda) regarding Jacquelyn Byers' LittleOwlCrunchyMomma's "no poo" post (which Huffington Post featured).

The issue is about mutual respect of alternate beliefs than ones' own. That lack of respect is what causes bullying, suicides, wars. The on-air bullying by Kathie Lee and Hoda is bigger than hair. Our concern is about being an example of how one wants the world to be for our kids. And modeling that.

For a minute. Let me talk. Let someone else talk. Please.

Yesterday, with the exceptional display of journalistic prowess only the two of you can pull off, you publicly shamed a woman. You know, just a little good-natured name calling of a commoner, in between Kathie Lee’s cringe-worthy lyric-forgetting and the best hair evah (EVAH) popular girls circle jerk. No harm, no foul, right?

I get it, girlfriends. I really do get it. You live in a world where you’re plied with products and serums and perfumes and creams made of extracts of baby albino tiger tears mixed with space-aged polymers coated in 200 karat gold. You don’t really know what’s going on *out here* unless your producers shove a bottle of wine and a paper covered in words in front of your face and say, “Don’t think. Just talk.”

I know there’s an in-touch part of you somewhere, it just happens to focus on things like the latest stiletto-wedge-ballet-pump from Jimmy Choo or what Lady Gaga ate for breakfast yesterday morning (extracts of baby albino tiger tears, no doubt).

So even though you’re not in touch with it, it does exist. And the beautiful women you made fun of yesterday is a part of it. You can call it “crunchy” (cue Kathie Lee eye roll) or natural or alternative or big bang boopsie. I don’t care. Call it whatever you want, but to look down on it any longer doesn’t fly.

You see, there are thousands of women who have learned one very important thing in the last few years:

And because hundreds of women as brave as Jacquelyn Byers of LittleOwlCrunchyMomma have spoken out about their no ‘poo lifestyle, we know something you don’t:

Not washing your hair with shampoo doesn’t make you stink. Oh, maybe the first few days are rough, and then any whiff of off-putting smell is gone. It’s gone, and you know why? Because human bodies are designed to work in concert with nature, not battle with it. 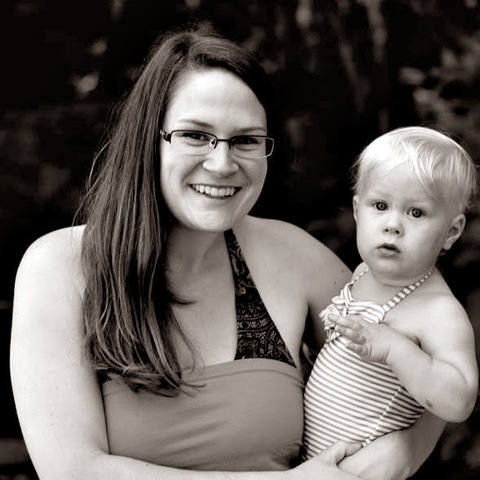 You can still bathe regularly, Kathie Lee, so you don’t have to worry about smelling like the people “back in the day before shampoo” who only bathed once every few weeks, at most. You can still enjoy other comforts of modern day life. Like, you know, razors and toothbrushes and those little family stick figures you put on your car’s back window. Except not the last part. Please, not those.

I have a friend, you know, who has two girls: ages 5 and 7. And when she caught her children making fun of another kid for having curly hair, do you know what she did? She curled their hair. For a week straight, the girls had curly hair, just so they understood what another person was feeling.

So I know that one of you – I’m guessing Hoda, because she seems to be the bravest of the gang – is going to swallow your pill and do the right thing now. If a 5-year-old and 7-year-old can do it, you can muster up the emotionally responsible fortitude to do it, too.

Do not wash your hair with shampoo. Heck, you could even go the no ‘poo with baking soda and apple cider vinegar route. But either way, no shampoo. For six weeks.

And then come back and talk to us about how awful it is. Then you can talk from an experienced point of view. Then, perhaps, you won’t sit up there on your ultra loud thrones and set the tone for other people to feel like it’s okay to be mean. And many of your viewers were mean. Nasty. Bleh.

So you can smell them. And eat crow.

(I hear it’s delicious this time of year.)

And goodness knows I’m not saying it will work for you. It may not! I mean, let’s be honest, it won’t, because it takes exquisitely detailed spritzing and teasing and coiffing to get you camera ready all the time. But what’s six weeks going to hurt, right? Time flies when you’re a celebrity.

Try it. It’s not like you’ll lose your job – unlike the way you do when you anger the masses by being heartless and snarky.